Downtown San Diego: Urban Living and Entertainment at its Best


San Diego wasn't known for its downtown atmosphere. Aside from tourists, people only came into the city to go to work, if that. Luckily times have changed and Downtown San Diego has become among the most enviable living locations in the entire county.

How did it happen? Well, let’s review some of the top improvements that have made the downtown area what it is today.

The addition of Petco Park in 2004 helped usher in a renaissance for entertainment venues in the historic Gaslamp Quarter.

Restaurants like Tin Fish, Cafe Sevilla of San Diego, and Rustic Root have become mainstays for tourists and residents alike. Enjoy spending the evenings roaming up and down Sixth Avenue and taking in the sights.

This surge in “things to do” has translated into huge boosts for employment in the city, attracting more young professionals to the area than ever before.

From marketing agencies to tech companies, science labs to CBD vendors, the Downtown San Diego area is crawling with jobs. It’s quickly becoming the go-to spot for professionals under 40 who want to experience a vibrant atmosphere while earning a successful living.

The median income of Downtown San Diego residents is nearly $74,000 a year which is $15,000 above the San Diego County average. With that level of earnings, it’s no wonder why downtown rents are among the highest in the area.

Apartments and Condos in Downtown San Diego for an Affluent Population

New highrise buildings keep popping up on a yearly basis throughout Downtown San Diego, and it seems like the higher they go the higher the rent goes with them.

When looking at the host of great amenities and features available in this area, it’s easy to see why prices are the way they are. Given the affluent nature of the local population, this standard of living is well within their reach.

Making an Investment in One of America’s Newest Downtowns

It’s fair to say that San Diego’s current downtown environment is among the newest in the United States. More restaurants, condominiums, stores, and attractions have popped up in the past handful of years than were ever around before. The area used to be full of limitations but has since become a haven of possibilities.

Make an investment in Downtown San Diego and experience a growing Mecca like no other. 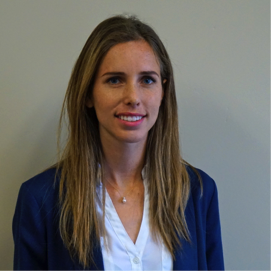 Danielle Wise has been working in Real Estate for the last 8 years. Her specialty in property management helps owners of residential, multi-use and multi-family properties position them for best long-term rental growth. Danielle also represents prospective buyer of Real Estate looking for personal homes and rentals properties. She is an expert in market knowledge for the San Diego region.

Drop Us a Line!